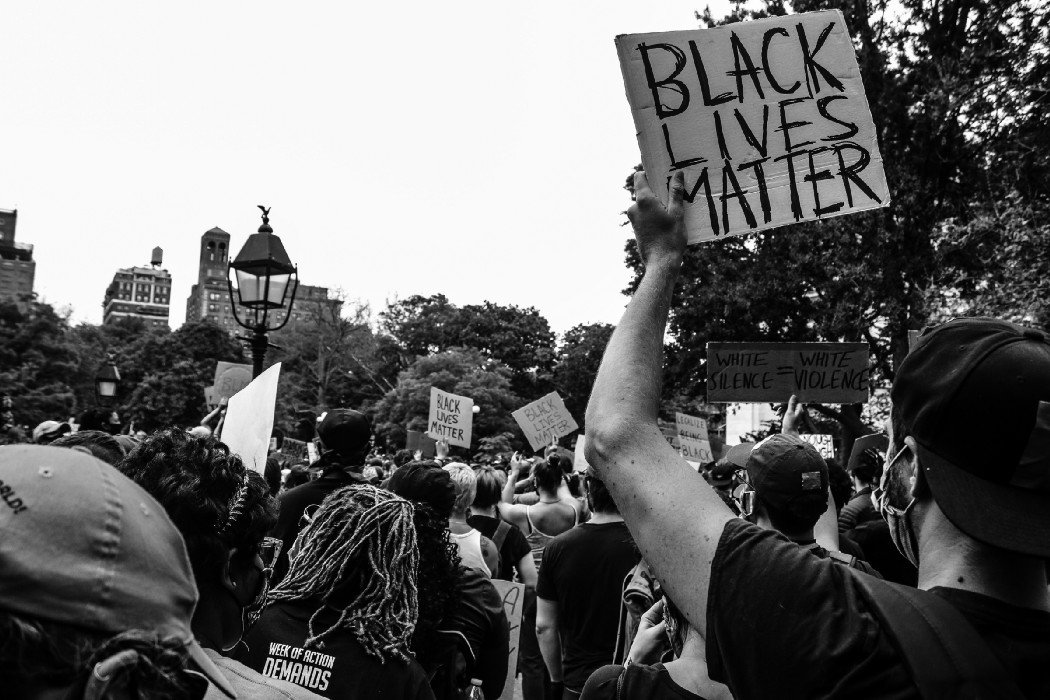 As I was putting this roundup together, two events of particular note were in my mind. One of these was the Derek Chauvin trial in the US (I hope they throw the book at him for murdering George Floyd, but who knows what will actually happen?) I’m not watching the trial — because it’s too much — but I am following the news.

The other was the release of the report from the Commission for Race and Ethnic Disparities in the UK. That was a masterclass in institutional gaslighting of the lived experience of global majority people in the UK. It’s made me more determined than ever to use my newsletter and the courses and workshops I teach at Beyond School to keep fighting racism.

With that, here’s what I published in the anti-racism newsletter in the past month.

“When we are shot while walking, jogging, sleeping, when we are killed while trying to breathe (8.46), we trend.

When a wrong is done to us that can’t be explained away but somehow is, we trend… for a moment, not even a hot minute, but a hot, painful second.

But when it continues to matter, as our Black lives do, we don’t trend.”

What If The Tables Were Turned?

“What if you had been ripped away from your white family, trafficked thousands of miles, and forced into physical and sexual servitude? (And please note, when this happens to little white girls we consider it a terrible crime, so the sustained crime against Black people over centuries is even more heinous).”

Racism Among the Royals

“As a Black woman, a lot of the experiences Meghan revealed felt frighteningly familiar. The churning in my gut is usually a good barometer of racism, even before my brain has figured out how to respond. And there was plenty of churning when I watched the interview.”

Is Blackness a Gated Community?

“I have no issue with slating the Black people who epitomize anti-Blackness. There are plenty of those, and they need to do a LOT better.

But when people look at external factors and decide that this or that person isn’t Black enough, it doesn’t sit well with me.”

“Immediately after the murders, the media playbook came out…First, there is the “lone wolf” trope, as if this young man is acting in isolation from everything around him. How could he? As my sister so eloquently put it, how many lone wolves does it take to make a pack? There are too many of these incidents, too many of these murderers: Kyle Rittenhouse, Dylann Roof, the list goes on.”

“I’ve often said that anti-Blackness exists in Black people, and this is a prime example. Honestly, if she were white, I’d call it caucasity. As my sister Lisa Hurley, also an anti-racism writer, put it, she seems to be suffering from “racial Stockholm syndrome”.”

“But here’s the thing: having a Black friend or acquaintance doesn’t make people not racist — and it sure doesn’t make them actively anti-racist. That takes action. When white people are talking about the Black experience, I think a little more humility is in order, plus a recognition that there’s a LOT they don’t know about living in Black skin.”

“One of the other things I noticed was the fact that there were so many Black bodies dedicated to providing defense and smokescreen in furtherance to a white supremacist cause. I wondered how come there are so many Black people defending white supremacy, but so few white people defending Black people. There’s at least a hundred Candace Owens’ to a single Tim Wise. Why?” — Johnny Silvercloud

“it’s distressing to see how much people are ok with expressing their contempt for Black people, especially Black women. Writing about my experiences helped humanize me and call that toxicity out. There was just a lot of healing and reckoning to do and writing was the antidote.” — Itoro Bassey

“Imagine me telling a white woman to stop being so sensitive when her male boss grabs her ass? That would never happen, so how the hell are you going to tell me that I should be less “sensitive” when something comes past me that is racist and that harms me emotionally, physically, or spiritually?” —  Devon J Hall

“I’ve been getting feedback from people who are using this newsletter as a resource, and sharing it with the groups where they’re doing their anti-racism work. If you care to share, I’d love to know how you’re using it, what’s been most valuable, and what feedback you’ve had.”

Opting Out of Black History

“Most of the history you learn in white majority countries gives a superficial view of the role and accomplishments of Black people through the ages, if they cover them at all. And that history also tends to reinforce the narrative of conquest, civilization, enslavement and benign liberation that underpins much of the colonial story. So yeah, why shouldn’t Black people opt out?”

“This was institutional gaslighting at its finest. The report dismisses the lived experiences of global majority people in Britain, and draws the conclusion that helps global minority people sleep well at night. After all, if #BritainsNotRacist, then there’s no need to do anything about racism, is there?”

© Sharon Hurley Hall, 2021. This article was originally published on Medium. Photo by Jakayla Toney on Unsplash